Part of the Lancaster Diocese

Part of the Diocese of Lancaster

The Roman Catholic Diocese of Lancaster is the Latin rite Roman Catholic Diocese centred around Lancaster Cathedral in the city of Lancaster in Lancashire, England. The diocesan area is 2,900 km2 (1,100 square miles).  It extends along the west of England from the Ribble River in the south of Preston to the Scottish border, comprising the counties of Cumbria and much of Lancashire. The diocese borders with the dioceses of Hexham & Newcastle, Middlesbrough, Leeds, Salford and Liverpool.

The Diocese was erected in 1924, taking territory from both the Archdiocese of Liverpool and the Diocese of Hexham and Newcastle. It is currently organised into 9 Deaneries, has around 85 active priests, 46 permanent deacons, 12 secondary schools, 86 primary schools and 84 parishes.

Central organisations of the Diocese include the residential youth centre Castlerigg Manor, Keswick - where the Diocesan Youth Service is based - the Education Centre, The Pastoral Centre, and Lancaster Cathedral. The Diocese also has a monthly Diocesan newspaper, The Catholic Voice and is keen to use the diocesan website and wider media in her mission of Evangelisation.

On 12 February 2018, Pope Francis appointed Canon Paul Swarbrick as the seventh bishop of the diocese. On 9 April 2018, Paul Swarbrick was consecrated and installed as Bishop of Lancaster. 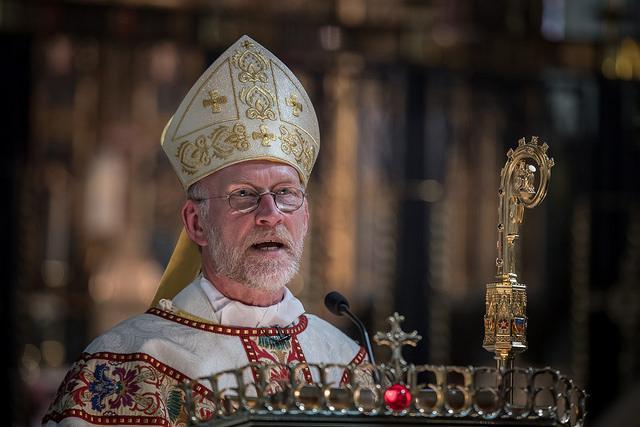